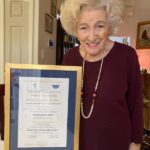 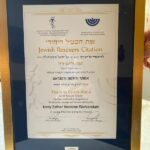 Hetty visited Hale School yesterday and was so well received she was surrounded by a group of lovely students, who couldn’t thank her enough for coming to their class to talk about her life as a Migrant in Australia.

Hetty who came to Australia in 1956 as a Migrant talked about her journey right to this day which was eagerly received by the young lads. Hetty spoke about the time she was awarded “The most Successful Migrant Award” in Australia in 1972.

The discussion then naturally lead to her success as a writer and that two of her books are read widely by many students in WA and the all over the country and indeed around the world.

This day will be remembered by Hetty as one of her very favourites for sure. As she answered the bell for the front gate and looked into the monitor, she saw two smiling faces gleaming back at her. Within minutes, low and behold a very large piece of artwork was being carefully walked up the driveway, by the same pair of lovely ladies, who were still beaming from ear to ear.

Once inside the real fun began and the unveiling of the enormous canvas (oil on wood) began. As the painting came to light we were astounded by the detail and great care to capture certain characteristics, that were most definitely all Hetty. Gai explained “There is a little bird around Hetty’s shoulder and the cloud that Hetty mentions in her book” all lovingly portrayed in the portrait, by the Perth artist.

This painting was presented to Hetty Verolme on Tuesday 30th July 2019 by Artist Gai Saunders.” and saying  it was completed in 2015. 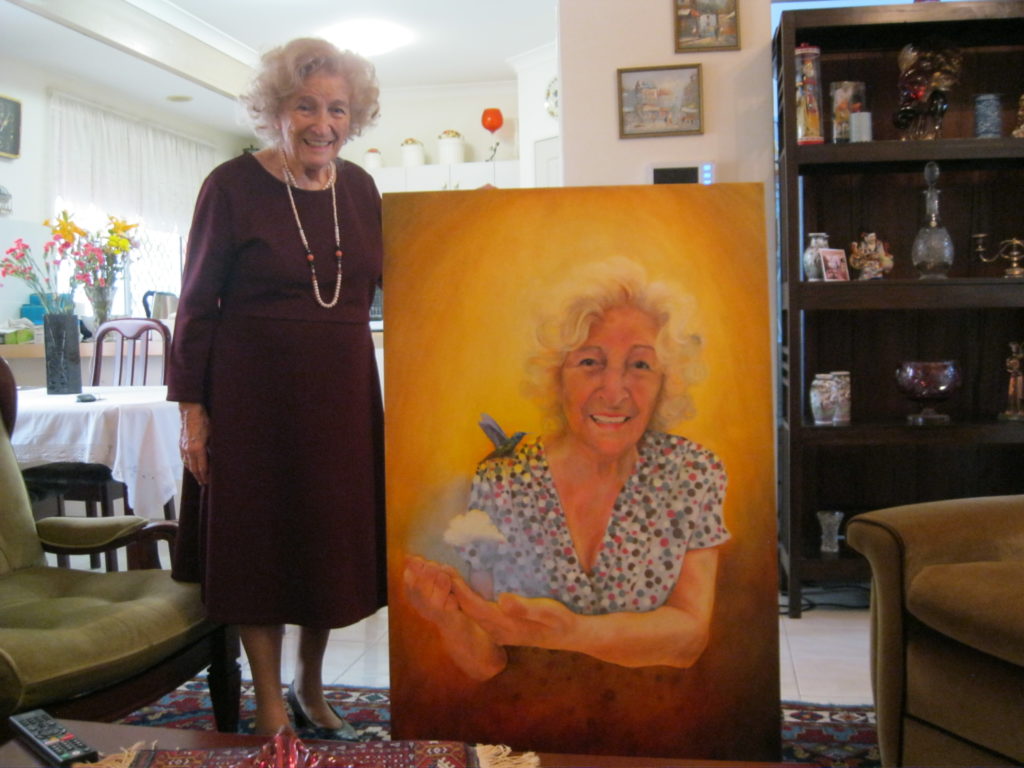 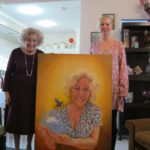 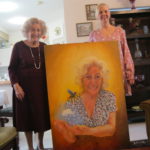 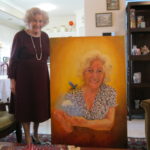 Hetty thanks Gai for her generosity and also to her daughter Peppa for helping deliver it safely.

How annoying it is when you walk into a book store in Perth only to find Hetty’s books and they have not restocked their shelves. Very!

We are going to tell you of a little secret. If you are down Guildford way – you will find both books – “Hetty” and “The Children’s House of Belsen” – available in The Dutch Shop. 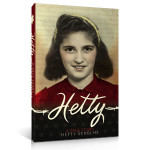 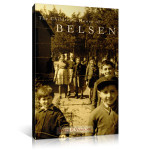 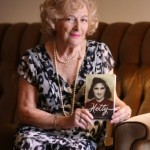 Don’t be surprised if you walk out with some yummy Dutch licorice. We’ve all been there and done that!

N.B the featured picture above of the Delf Blue Crockery is just a generic image taken on Hetty’s latest trip to Amsterdam

The Spectator UK a Politics and Culture Online Magazine, rated the radio programme in which Hetty recounts her life in Bergen Belsen, as the most inspiring  radio this week.

Hetty’s programme aired around the world on BBC World Service, just this week. They mention it, as “a week of extraordinarily direct and honest radio on the world service”.

The most inspiring voice on radio this week belongs to Hetty Werkendam, or rather to her 15-year-old self as she talked to the BBC correspondent Patrick Gordon Walker in April 1945. He was with the British soldiers who entered the Bergen-Belsen concentration camp and witnessed the horrors of that scene:

This is not a sad story. Is the opening line to this radio programme.

Here is the full version of the BBC World Service, radio programme, produced for the Children of Belsen documentary filmed in April 2018, including the voice of Patrick Gordon Walker, from the BBC radio archives from 1945. Walker, a British journalist was one of the first to enter Bergen Belsen and he recorded the voices of three of the children of the camp. One of them of course was Hetty.

This is a very personal look at the story of Hetty and her brothers Jacky and Maxy but also discusses some of the history of the inmates of Bergen Belsen. Hetty has been sharing her account with as many others as possible over the years, however, interviewer Mike Lanchin retraces the story of Hetty’s journey over a few days of intimate discussions. It includes singing of the children of Belsen at liberation and interviews of other children, now elderly people, who give their own insight to their experiences. Lastly it also includes interviews of Hetty’s daughter and grandson who talk out for the first time about being part of family, with a holocaust survivor.

A beautifully produced programme that will be a wonderful legacy for Hetty’s family and the world. Hetty begins by saying  “This in not a sad story ” and actually believe it or not – she is quite right! 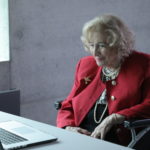 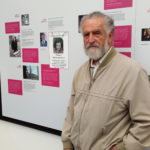 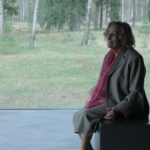 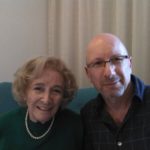 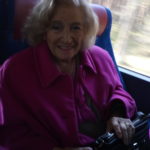 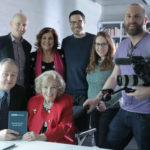 This link shows the interview recorded for the BBC in April at Bergen Belsen. With now over 1,200,00 shares we think people may like to revisit it.

The Month of April 2018 was a very busy time for Hetty. There was the opening of the Children’s Exhibition in Bergen Belsen, the flight over, in itself, quite a long journey from Australia and BBC Documentaries to be made about remembering Belsen, (the British liberated Belsen), a Radio piece and a segment for BBC World Service, Witness with Hetty as the subject.

During her stay at Jan Tabak in Bussum, Mike Lanchin a Senior Producer/Presenter at the BBC World Service for Witness came ahead for a few days to interview Hetty to begin the process of discussing a difficult topic. After a few days of getting to know each other the two became friends. There is a lovely image of the BBC Crew but nothing with Mike and so we would like to share a lovely picture of Mike with Hetty, after those few days of the pre amble for the shows ahead. 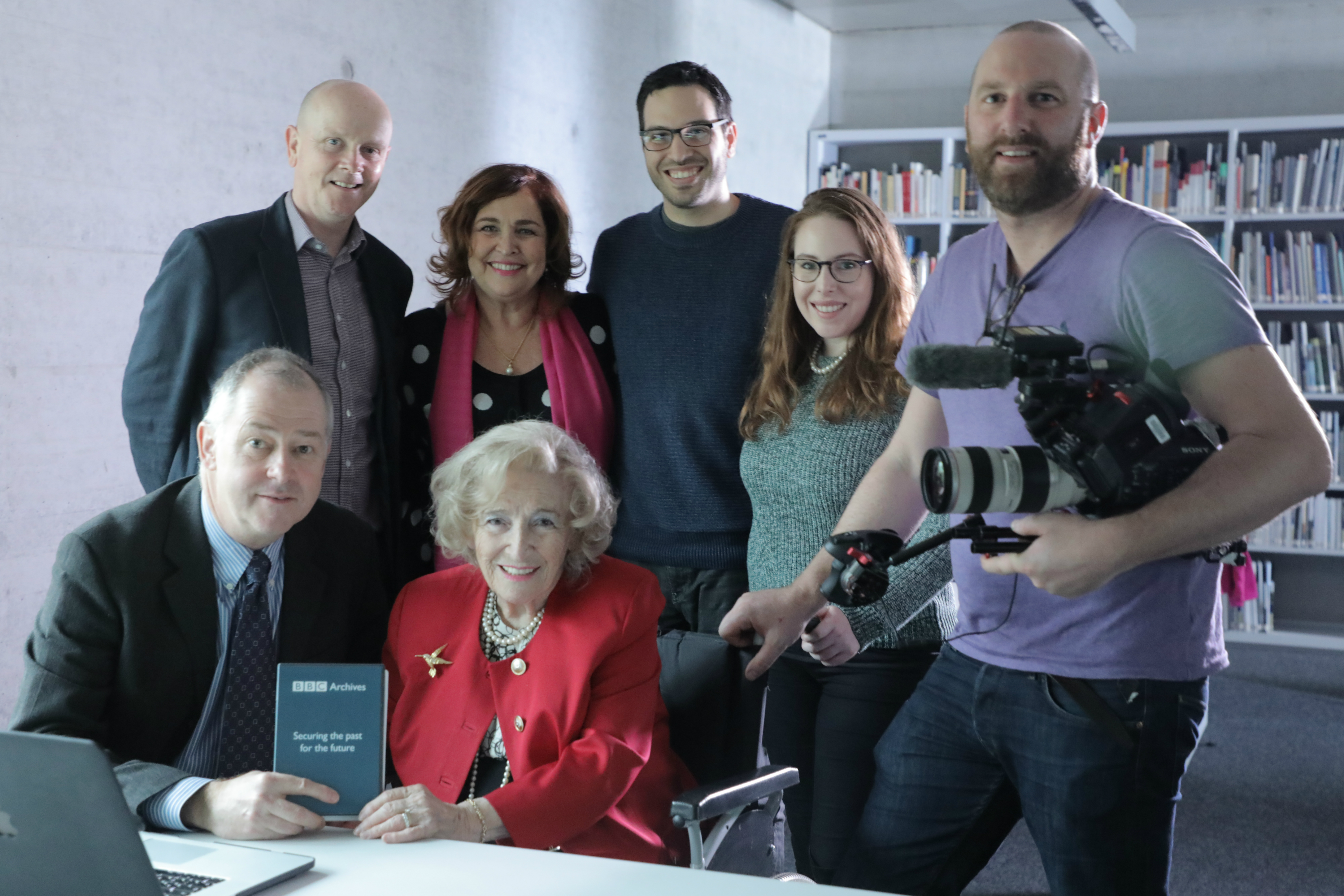 We all believe, this is such a wonderful shot of Hetty sitting alone within the stark lines of the new Bergen Belsen Memorial Museum sitting silently at the Glass Wall. We are proud to announce this will be entered into a competition at the National Portrait Gallery in London this year.

Tamsin Barber – Digital Archive Producer for BBC World Service has entered  this image of Hetty taken in April by the BBC crew, saying she had “chosen this particular one of Hetty, as she thought it was thoughtful and serene”.

The image was chosen as her entry in the National Portrait Gallery for the Taylor Wessing Photographic Prize: https://www.npg.org.uk/whatson/twppp-2018/exhibition/

We wish all the organizers and the entrants the very best of luck. 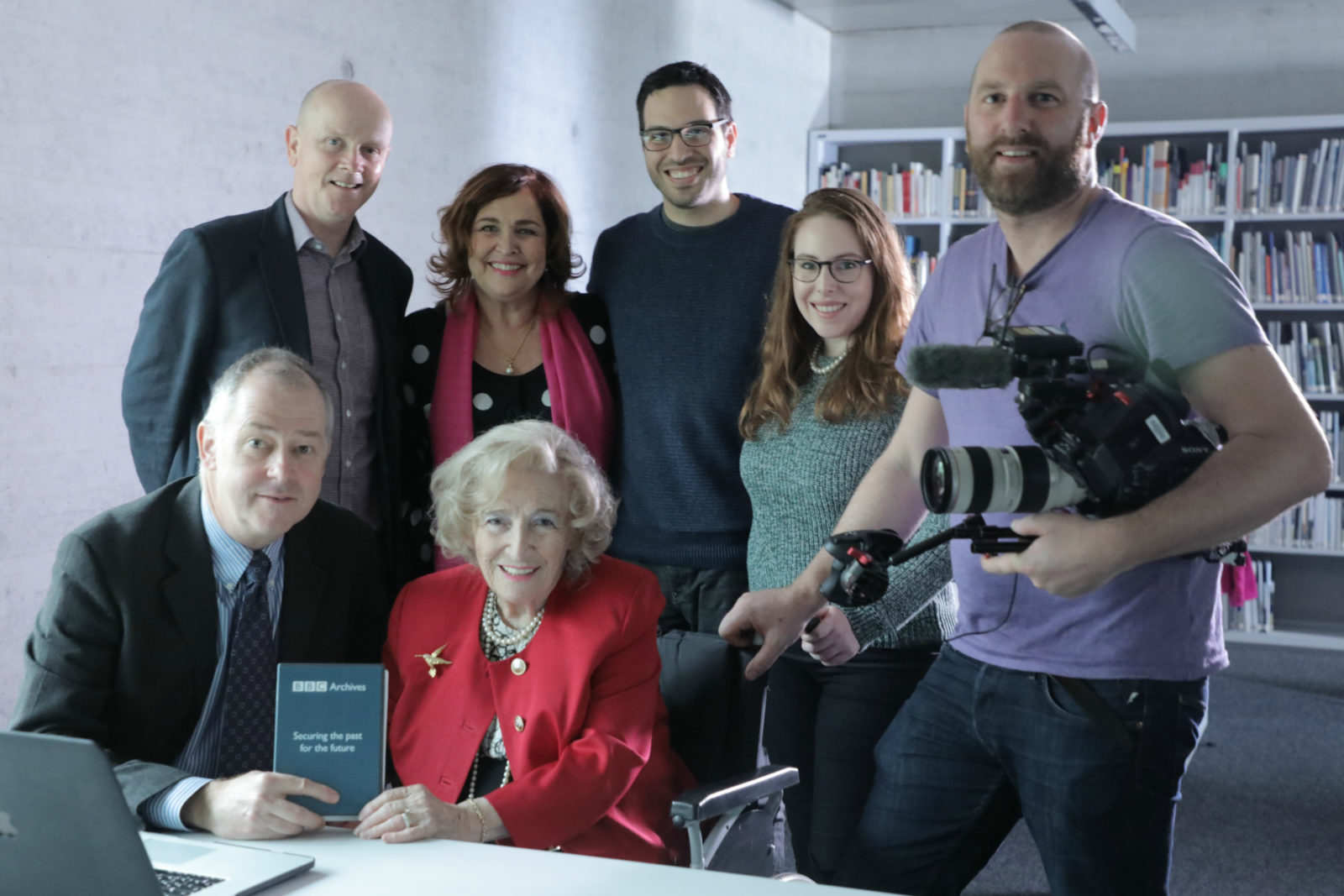 Listening to a 73 year old BBC recording of Hetty, being interviewed by Patrick Gordon in 1945, we see  Hetty’s favourite interview, with Jeremy Cooke.