The German President visited Bergen Belsen this 70th anniversary of the liberation of the camp where there are many many mass graves left untouched with but a few headstones.

An acquaintance of Hetty’s a well known historian, and author himself of many books, Hans-Dieter Arntz, has written a book called The Last Elder of Bergen Belsen -Josef Weiss. Hans-Dieter also went to Belsen this year.

It seems The President of Germany Joachim Gauk, sent a letter to Hans-Dieter and added his very special greetings to the Family Verolme and Weiss – dated May 2015.

Speaking to Hetty of Hans- Dieter today , she said “He sent me a copy of the actual letter he received from the President of Germany, where the President sends his personal Greetings to Family Verolme and Weiss”. 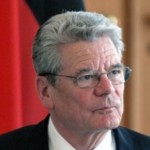 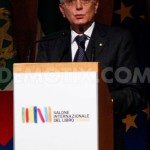 Hetty said she was especially honored to have received words from two European Presidents during her tour in May. “I find it unbelievable” she said with excitement “that now a second President in Europe has done this”.

The first recognition came from The Italian President Sergio Mattarella, who opened the book Fair in Turin” she said. Hetty was a guest speaker there when President Mettarella gave Hetty an honorable mention in his opening speech, that day, 14th May 2015.

Hetty has been asked to say a few words at the opening of a book fair in Turin. She has enjoyed the last few days site seeing and visiting schools in Milan where she has given talks in English whilst it’s been directly translated into Italian for the students. Speaking from Milan today, Hetty said “Some had tears and their eyes full of emotion and the Teacher was also very moved”.

Tomorrow in Turin she’ll be interviewed on Italian radio and speaking at the Book Fair. The last radio broadcast on Dutch Radio on 4th May saw record internet sales for Hetty’s book. The interest continues in Italy.

These photos just in are just too precious not to share. If you know Hetty or have met her even once, you know that she has a very strong character and a deep desire to express herself on any subject she holds dear, whenever the occasion presents it’s self.

Here’s Hetty listening, seated at the table of guests at Begen Belsen last week and 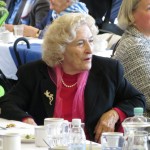 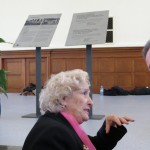 here’s Hetty speaking to an official after the plaque ceremony.

Hetty! Always something to say about Belsen.

On the special night in Werkendam with Hetty as the guest speaker, the MC called her a “living monument”.

We have been asked to add this little video for everyone to see. Although it is in Dutch we think it’s worth sharing with everyone.

and just to show her popularity even more…while she is away in Seville there’s been a full page spread in a Dutch Newspaper. And a lovely pic of Hetty after autographing a book for a fan. And here is Pam Werkendam, Hetty’s travel companion and sister in law. 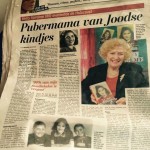 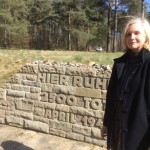 Hetty was seen tonight on the 7.30 Perth addition 28th November 2014. For those who missed it and for all who find her story interesting please follow the link below to the ABC site. Some images are confronting but the entire segment is uplifting.

A lovely bit of news today from Laura Werkendam, Hetty’s cousin, who was thrilled to bits to see the new Dutch publication of The Childrens’ House of Belsen, re-titled “The Little Mother of Bergen Belsen” or “De kleine moeder van Bergen Belsen”.  It was displayed in the front window and Laura expressed her pride that her Opa (grandfather) was mentioned in the book, in the very special story about a letter written in 1941 from a Concentration Camp to Hetty’s father, Maurice Werkendam.

A summary from Monash University describes the book The Children’s House of Belsen in more detail. Here is a condensed version.

The Children’s House of Belsen is Hetty Verolme’s autobiographical account of her experiences during her imprisonment at the Bergen-Belsen Concentration camp from 1943 to liberation in 1945.

Verolme, as one of the older children, quickly established herself as a surrogate mother to the captive children, putting the needs of the children before her own. She describes in beautiful detail her affection for the children, her love for Sister Luba (one of several minders of the children), and the way that she attempts to ease the discomfort of the children in their appalling environment.

The Children’s House of Belsen is written in an accessible, yet powerful style and does not set out to shock the reader, as the tale itself is shocking enough. Verolme presents herself as a simple girl with simple morals and the courage to practise them. Verolme provides descriptions of the places and people she encounters during the Holocaust, from her surroundings at Belsen to the hospital the children are transferred to after liberation. The Children’s House of Belsen is first and foremost an account of survival and strength; of how even children can survive one of the worst atrocities the world has ever known. 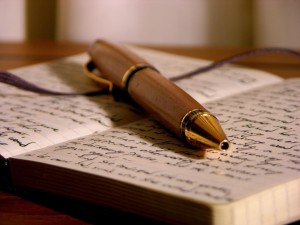 I just wanted to take an opportunity to thank you properly for your visit.  It was such an honour and a special privilege to have you in Kalgoorlie.  Our students at Goldfields Baptist College have been talking about your speech all day, and to all of their teachers.  They appreciated your traveling out to see us so much more than I could ever have imagined, and were very disappointed not to hear the end of your story.  Other students have given me money to purchase the last copies of The Children’s House of Belsen because they so badly wanted to find out how your story ended, and have asked me to get them signed for them when I come to see you in two weeks.  It is lovely to see their enthusiasm about something so important.  Many of the students who bought a copy of your book have already begun reading them.  All of our students who attended were touched by your story, and many of the staff at the school have told me they were sorely disappointed not to be able to attend.  I am sure there will be a lot of enthusiasm at the school at the prospect of getting you to visit again next year.  Certainly, the students who attended have said that they think as many students as possible need to hear you speak, so I certainly hope we can do this again in 2014.

I very much look forward to seeing you again at the beginning of September, and hope you had a pleasant flight home.

Thank you so much again for the absolute privilege of allowing me to spend so much time with you these past two days, and for making such an effort to visit our little city and speak to the students.  I know the kids who got to listen to your presentation will never forget the experience, and will hold you in their hearts for a very long time.  We don’t often get people as special as yourself to come out to us, so it will be well appreciated for many years.

Thank you again Hetty, and I’m deeply sorry for the unceremonious, very rushed farewell this morning at the airport.   I can say a proper goodbye when I see you in two weeks. J

Listen to this interview here.