Hetty had a captured audience at Perth Modern on October 19th. The students were very attentive as Hetty spoke of the her harrowing experiences during her time in Bergen Belsen concentration camp. She also discussed the brutality of Auscwitz the notorious death camp were her Uncle, Grandparents and many of her close family were gassed.  Although a unpleasant subject the students were enthralled by Hetty’s story as it unfolded.

Later the screening of the small segment about Hetty seen on 7’s Saturday Night programme a few months back, was watched keenly by the entire room of students. A good representation of the variety of nationalities and cultures attending the school, came forward to thank Hetty for sharing her remarkable story. There’s no doubt Perth Modern will be inviting Hetty back once more for an encore before too long. 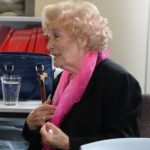 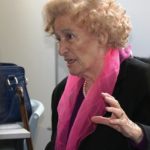 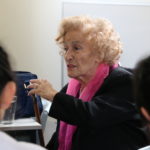